1 hr jamming, 30 mins lyrics brainstorm and 3 months gestation created the “Factory” favourite, pop-pickers.  The above is as it came out on Factory.  This is it as it should be:

Basic drive created by Strangely during a jam one night using fuzzed LFO-controlled VCA‘d keyboards. After a few minutes Doomage had generated the killer guitar tune to go with it – a work of genius as it lends itself very well to multiple overdubs. 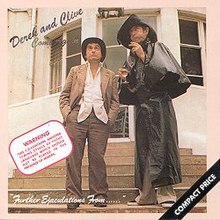 The tune stayed like this for a little while when it was decided to add some words and do it properly. On the final released version, this involved a serious amount of guitar overdubbing and a few extra keyboard bleeps. Words added by Strangely, Doomage and Errol. Mr Dynamic thought of the first line “I’ve got a brand new pair of genes” which impressed the two Ashington lads greatly…us being the quirky sciency types.

The lyrics “pinch” heavily from the “My Mum” song by Dudley Moore on the Derek and Clive Come Again record such was our giggling insensitivities at the time.

We started off (sensibly) talking about a song topic as a prediction based on scientific progress and the natural human proclivities towards sexual enhancement(s). Our initial idea was that amputees and the like could “grow” new limbs or organs to replace damaged ones in the same way that a cell, containing all the info needed for a person, changes into a foetus and then a human being.   It’s a noble idea.  There must be something that stops human cells doing this because creatures such as salamanders can grow new tails and the liver can regenerate when only a third is left.   Also, the axolotl can regrow whole limbs and weird transplants….

However, after a pub session this idealistic approach soon degenerated, the next day, after Strangely suggested the track should be about sex “as sex always sells”, into the words as they are and what would probably happen.

The words are now becoming true as scientific fact, first as gene therapy and now, what with gene modifications, gender re-assignment and designer babies becoming commonplace, as a “natural” way to enhance the sex organs, tits and lips that even more resemble vulvae.

The video here shows modern developments.  We were on the right track years ago with our ideas.

However, it was a close run thing that the tune could’ve been based on Joan Crawford as we were quite fond of that track at the time as well.  What Crawfie?  The queen mother’s nanny?

Live recording. I’m not sure if it’s an early one done at The Bridge, Newcastle or a later one there or somewhere else. I remember a tape getting accidentally erased so that some plans had to be revised and decent stuff had to be done again. I’m 100% sure that beer was involved…

It’s a very simple piece that demonstrates the kind of jamming that was done live within a basic structure that could go on for any amount of time. For live recordings, most of the studio equipment would go on stage with the tape decks being used in innovative ways, different to their normal studio usage.

One thing IS for sure though – Ian Curtis of Joyce Division would never have volunteered his services to sing with Crawling Chaos.  It was indeed Strangely Perfect wot done it, guv.

Main image: “The Fall of Numenor,” an allusion to Atlantis made by J.R.R. Tolkien well after HP Lovecraft did his stuff.